Examining the multigenerational impact of punk rock music, this international survey of the political-punk straight edge movement—which has persisted as a drug-free, hardcore subculture for more than 25 years—traces its history from 1980s Washington, DC, to today. Asserting that drugs are not necessarily rebellious and that not all rebels do them, the record also defies common conceptions of straight edge’s political legacy as being associated with self-righteous, macho posturing and conservative Puritanism. On the contrary, the movement has been linked to radical thought and action by the countless individuals, bands, and entire scenes profiled throughout the discussion. Lively and exhaustive, this dynamic overview includes contributions from famed straight edge punk rockers Ian MacKaye of Minor Threat and Fugazi, Dennis Lyxzen of Refused and the International Noise Conspiracy, and Andy Hurley of Fall Out Boy; legendary bands ManLiftingBanner and Point of No Return; radical collectives such as CrimethInc. and Alpine Anarchist Productions; and numerous other artists and activists dedicated as much to sober living as to the fight for a better world. 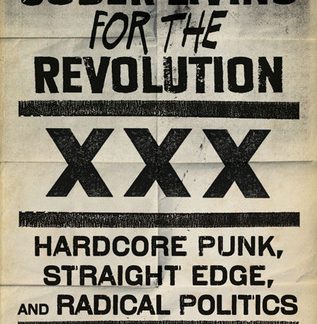