“As punk first made its way onto the cultural scene in Britain in the early 70s, bringing with it its contempt for establishment values and norms and a DIY attitude, some of the first zines came right along with it. Fans could produce these short and concise little booklets quite easily, and distribute them at a low cost, making them an excellent way to spread the word and the punk fandom to a wider audience. Glen Matlock of the Sex Pistols described such fanzines as “the glue that held punk together.” In this artfully compiled recollection, authors Eddie Piller and Steve Rowland have brought together many of those early zines and fanzines alike and placed them in the broader context of the history of early British punk music and the broader punk movement against the establishment. A must read for any fan of punk music, and anyone interested in the history of DIY zine culture and its power to reshape the world.” 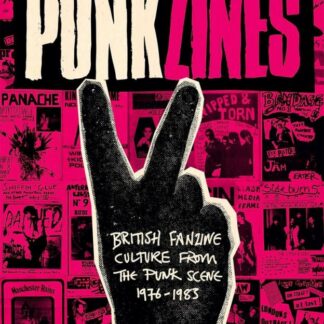