Machiavelli for Women: Defend Your Worth, Grow Your Ambition, and Win the Workplace

“Enter the ultimate battle guide for the age of #MeToo and #TimesUp with this witty look at what women have to gain by examining a relationship to power. Women have been making strides towards equality for decades, or so we’re often told. They’ve been increasingly entering male-dominated areas of the workforce and consistently surpassing their male peers in grades, university attendance, and degrees and they’ve recently stormed the political arena with a vengeance. But despite all of this, the payoff is—quite literally—not there: the gender pay gap has held steady at about 20% since 2000 and the number of female CEOs for Fortune 500 companies has actually been declining. Employ Renaissance politics to the 21st century and ask Machiavelli; for every woman ready to wield power unapologetically comes this funny and practical guide to shattering the glass ceiling.” 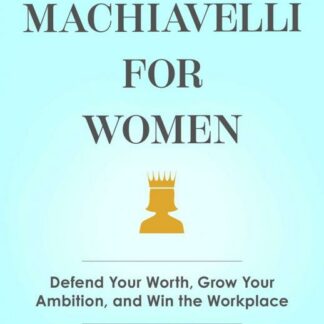 You're viewing: Machiavelli for Women: Defend Your Worth, Grow Your Ambition, and Win the Workplace $25.00
Add to cart